How Catastrophic Concierge Parenting Actually Is?

Concierge Parenting is one of those new parenting types that we keep realizing exist. This one is very similar to Snowplow parenting, but it is different enough that it is worth talking about.

Talking about concierge parenting has always been a hard task for most children’s experts. Unlike other parenting types that are known to cause issues for the child, concierge parents are more common than most realize.

For this very fact, it can be challenging to criticize this parenting style, as the parents mind find themselves part of it, and end up being offended.

If you are thinking who cares if someone gets offended, well the point is to help the child get a better future. If the parents get offended, they will get defensive, and will be less likely to listen and accept change.

As a rule of thumb, if you are trying to help, always try to do it in a way that doesn’t directly scream at the person you’re trying to help: “You are wrong and must change!”

So let’s begin by understanding what concierge parenting is, and then we can talk about how catastrophic it actually is…

What Is Concierge Parenting? 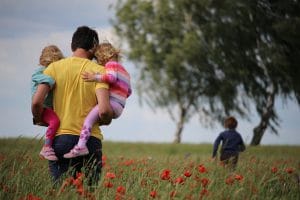 Concierge Parenting is a parenting style that is similar to snowplow or bulldozer parenting. More often than not, these terms are used interchangeably to explain the same thing.

Parents who go out of their way to remove any obstacle from the path of their children. We are talking about extremely overprotective parents.

Concierge parenting may differ from snowplow parenting in that it is a bit more controlling so to speak.

The term seems to originate from frustrated teachers who had to constantly deal with parents who wanted to talk to them.

In a story that was posted in The Sydney Morning Herald, they detail a case of a parent who went far as to pay for a private tutor to remark the work of their child.

Is Concierge Parenting Damaging For the Kid? 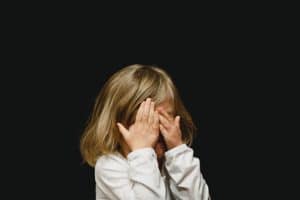 As we have seen different parenting style provide different benefits for children, what does concierge parenting do for a child?

If you are guessing the results based on the title of this post, you already know where this is going and can probably tell how it ends.

Just like how there is indistinguishable similarities between concierge parenting and snowplow parenting, there is also similarities in how they affect the children raised by it.

Every way you look at this parenting style, there are clear giveaways that these children are being set for failure in their adult life.

One of the least talked about effects that this parenting style has, is the complete eradication of social skills.

These children find it really hard to adapt and communicate with other people. It is hard for them to deal with social situations, because in the past, parents have done it for them.

Most of these are issues that will pop up later on in life. Concierge parenting does a very bad thing that is imminent in its effects. It switches the parent-child dynamic.

By this we mean that this parenting style causes the children to view the parents as their slaves. If the parents don’t fulfill every desire, then they are evil.

There are even extreme cases of this. Such as the unfortunate events that saw an 11 years old boy, shoot his father, because he took his video games away.

Now of course we don’t know for a fact that this tragedy was put into motion due to the parenting style of the victim, but in another article on this topic by the Australian ‘Mamamia’ there are some very interesting points raised.

‘Mamamia’ interviews David Gillespie, who among other things warns us about concierge parents, and says that they are affecting the schooling system as a whole.

Concierge parents are the type of parents who never say no. This then leads to issues within the family, issues for the child, issues in the child’s future, and even issues in society as a whole, by damaging the schools, and the way they operate.

There seems to be no easy answer on how you can fix this. The issues will keep on piling on top of each other, until some parents realize that saying no can be okay.

The harshness of life can be valuable, and grappling with defeat, failure and other things on our own can be one of the best learning experiences there is.

This is the soul things that a lot of concierge parents need to understand in order for them to be better version of themselves, and truly help their children progress in life.