Toddlerhood is one of the most fascinating phases of our life. There are many changes that our body goes through; from learning to walk to the toddler sleep regression, toddlerhood is a crazy journey.

Unfortunately, when we are in that period of our lives, it could be quite challenging for us to pay attention to these awesome changes our body undertakes… Parents on the other hand…

One of these changes that causes a lot of confusion and stress in parents is today’s topic: toddler sleep regression.

We would like to take a look into this topic because of the need parents have, but also because it is a very interesting physiological aspect of our existence, that is very fun to talk about.

What Is Toddler Sleep Regression? 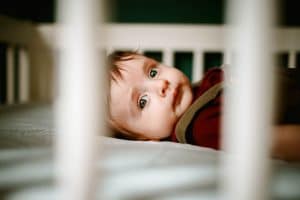 Toddler sleep regression is a name referring to a phenomenon in which toddlers face immense changes in their sleeping patterns.

Most of the time these changes mean: waking up at night and refusing to go back to sleep, refusing to go to bed when bedtime arrives, and other general changes in their sleep routine.

Sleep regression in general is something that can touch any child, at any age. Most commonly though, sleep regression happens during periods of intense physical growth.

Another huge player that can cause sleep regression in children, is the brain development process.

Most studies, including a post by Slumber Yard, show that changes in sleeping patterns are perfectly normal and should be expected, especially in newborns and toddlers.

How to deal with toddler sleep Regression? 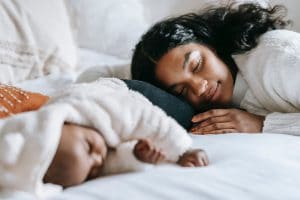 There are many ways you can deal with the Toddler Sleep Regression. This is one of those problems with a plethora of solutions.

For example, in an article written at Parents.com, Julle Knapp lists some of the issues that cause toddler to face sleep regressions.

They mention things like inability of a toddler to sleep due to them being afraid to do so, or toddlers who escape the bed.

The article tries to help by identifying the problem, and then providing some tips that could actually help parents to deal with the problem.

That is a great and efficient method to deal with the toddler sleep regression, but we wanted to try another approach today.

Instead of focusing on specific issues, we thought that it would be just as helpful (if not more) to focus on the bigger picture and try to deal with the root of the problem.

So here are our pics on helping you deal with a child who is going through sleep regression:

Be There For Them – We start things off with a very simple and broad tip. Being there for your kids is something that all parents should do, in general.

However that is why most of the time these things are overlooked. When it comes to dealing with sleep regression, you want your child to not feel alone.

Having warm and cozy support from the parents, can help ease the burden to the child. Remember, that this is just as hard for them as it is for you.

Consistency – One thing that you want to keep the same is the bedtime. That will be a huge challenge when dealing with a toddler sleep regression.

As we mentioned earlier, one of the main forms that sleep regressions show themselves, is through making the children not want to sleep, whenever their bedtime usually is.

Most experts highly recommend that you keep the bedtime consistent no matter what. Consistency in sleeping is great even for adults, as it can prevent insomnia.

Avoid Certain Foods – ‘You are what you eat’ is probably one of the most scientifically correct sayings there is.

As an adult, you probably know that coffee can mess with your sleep. Coffee isn’t that good for children in general but should be avoided at all cost when there is a sleep regression involved.

But coffee isn’t the only food that can cause issues for your child’s sleep. Sugary snacks are also very likely to cause sleep irregularities, and should be avoided.

When should you be worried about the toddler sleep regression? 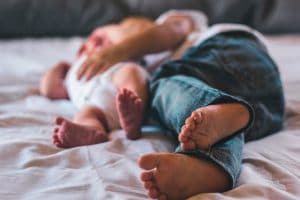 As we said the toddler sleep regression is a normal process, that nearly all children will go through at some point. But of course, there are exceptions in some cases.

Unfortunately there isn’t something super concrete on when a sleep regression has been going on for too long and when should you visit a doctor.

That is mostly because of how hard it is to assess such a thing. That’s not good enough for parents though. So what is left for you to do is follow your instincts.

In most cases you will have to make a call on your own. To make that call easier, remember that it is always better to be safe than sorry.

One very important thing is to make sure that your toddler is going through a toddler sleep regression and not through something else.

For example; paroxysmal nocturnal dyspnea, is a condition in which people face difficulties breathing while sleeping. This is dangerous because at times, such conditions can mimic a toddler sleep regression, without actually being one.

Also a big telltale that something isn’t quite right, is seeing your child present a new sort of behavior during day time. If this switch in behavior is caused by sleep, you should see a doctor.

When the brain is under development, there are so many things for a parent to keep their eyes on. Sleep regression is just the entrance of a seemingly bottomless pit..

We suggest you check out some of our other posts on the topics of children and well being. They might help you in different aspects of taking care of a toddler or just children in general. 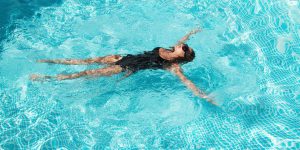