What Is The BRAT Diet, And The Fascinating Story Behind It

BRAT Diet sounds like a diet made up for or from Bart Simpson. The name ‘BRAT Diet’ is almost comical and gives off the impression that this is a fun and joyful diet.

The anime becomes even more interesting when you realize that the BRAT Diet is actually an acronym that stems from Bananas, Rice, Applesauce and Toast. Quite the funny acronym.

Originally designed for children who were facing an upset stomach, the idea behind BRAT Diet is that by consuming easy to digest foods, the stomach and intestine find it easier to heal.

The BRAT Diet has been a staple among many pediatricians, up until recently it was the go to suggestion that they would give to children dealing with stomach issues.

Another previously held belief is that this diet not only was easy on the stomach but it also filled all the caloric needs of children.

Viewing it from this angle, the BRAT Diet may seem like the perfect thing. Not only does it help recovery but it also covers all the other dietary needs.

This was what the BRAT Diet was created for and what pediatricians intended to achieve with it. However, upon further inspection and with the latest development the story around the BRAT Diet started to change.

It is this precise switch in what we thought about the BRAT Diet and what we now know, that makes the story behind it such a fascinating tale.

Why The BRAT Diet Is Not What We Thought It To Be? 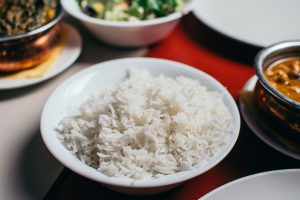 There are many things in our history that were initially thought to be great, only for us to later find out that they weren’t as much so.

What is it precisely that is not what we thought it to be, when it comes to the BRAT Diet though? Answering that requires us to understand what this diet consists of.

That’s an easy answer: bananas, rice, applesauce and toast! All of these foods are great but they are all similar in that they lack proteins and fats.

Although the initial reaction to hearing the phrase: “lacks in fats” for most people is a reassuring smile and a thumbs up, in this instance it is bad.

This diet on its own isn’t well balanced and doesn’t provide the necessary nutrients that a child would normally need.

Other than proteins and fats, the BRAT Diet is also lacking in: complex carbohydrates, fiber and some very important vitamins that are vital to children.

The idea that the BRAT Diet was a perfect, well balanced and good diet as far as the nutritional intake of children is concerned is no longer circulating among respected institutions of medicine.

What about the first and main goal behind the BRAT Diet, what is the modern verdict about the effects that this diet can have on a healing digestive system?

While the idea that you shouldn’t consume calorie dense foods while facing stomach issues, the BRAT Diet has been proved to fail in aiding the healing process.

The same issues form before looms large here again. To properly heal itself the digestive system will require the use of all nutritions.

This is especially true for children. The fact that this diet isn’t capable of checking all the nutritional boxes causes a lot of issues for the healing process. 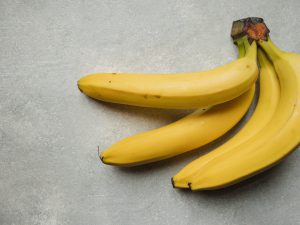 One of the things that you may have been wondering about right now, is whether this diet can be harmful and dangerous.

We have already established that the diet does not do what it was designed to do, so it is only logical that we wonder whether it can have the opposite effect.

The answer lies somewhere in between ‘yas’ and ‘no’. The thing is, left unchecked this diet, just like any other diet that is this ‘poor’ in specific nutrients can cause major issues.

For example you might have heard about the link between Scurry and the pirates. The issues there wasn’t that the diet the seaman would consume was bad.

The problem was that they didn’t consume enough Vitamin C, as they didn’t have any foods that were a decent source of it.

The same phenomenon happens when one consumes only one specific type of food while ignoring others completely.

The foods that make up the BRAT Diet aren’t generally unhealthy foods, so you can argue against the idea of classifying this diet as harmful.

At the same time, it cannot be overstated how important it is that children and adults too consume a huge variety of different foods.

So to come to conclusions the BRAT Diet can turn harmful if that’s all you consume for a prolonged amount of time. Trying to include healthy snacks and other healthy foods is key.

Some doctors will still recommend some variation of the BRAT Diet for people suffering from diarrhea or who have been puking.

At the end of the day keep in mind that it is vitally crucial that you reach out to your doctor about any issues you may be facing.

While the internet is a great source of information, under no circumstances should you use it as a means of self diagnosing or for diagnosing others.

It becomes even more problematic when you use it to self medicate. Trust your doctors and seek their help whenever you deem it necessary! 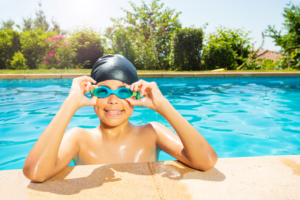 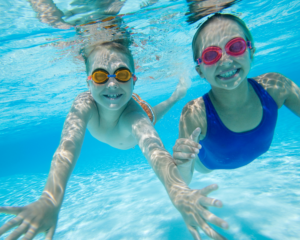 5 Ways Optimism Can Be A Bad Thing